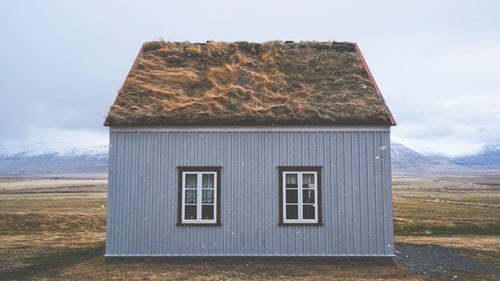 I found the truth creeping through / a tower of flowered hat boxes after she’d / passed out.

I envied the space where she was
always looking off into till I learned
everything in it was busted: records
all scratched deep across the grooves,
unravelable balls of tarnished necklaces,
rings missing stones, sweaters missing
buttons, sour milk, birth certificates full
of blanks. No one wanted to be there
with her, but she played it off. Who knew
if she knew. Even she says, “I never knew
her well.” I found the truth creeping through
a tower of flowered hat boxes after she’d
passed out. I still feel guilty leaving her
propped up in front of the TV like that:
some stranger’s voice turned up
as loud as it would go.

Big Red could’ve had any woman under the beer tent
that hot Polish Fest afternoon—gingham skirts swirling
atop the slammin’ gams of octogenarian polka groupies.
At 81, he was all man and still so cool. I’ll never be that cool.
Lawrence was certainly not that cool. He always looked
purple to me, like he’d been screaming at the Lennon Sisters
during the Mutual of Omaha commercial. I’ve never wanted
kids, but I wanted Myron to make me pregnant. I waited
an hour in the autograph line, up to my waist in blue hair.
His fans had all the time in the world to chat. They didn’t
want to speed things along. Finally I made it to the front—
there he was: Tan, smiling, a few red streaks left
in his wavy hair. I’m talking Total Dynamite…but
his rings?
“What happened to your rings?!?” I blurted
in panic. What happened to all that pimptastic bling
flashing Morse code as his digits bounded over the keys
like a roided-up Russian gymnast?! Myron smiled, “An old friend
got robbed leaving a gig, but the robbers couldn’t get his ring off
so they took his finger…” the blue hairs gasped. Myron kept on
smiling, “and that’s why I don’t wear ‘em anymore!” The blue hairs
cheered, “Hooray!” Someone shouted, “Good call!” and everyone
laughed. A few risked glances up at me—no doubt curious
as to what a total buzz-kill looked like nowadays. Get a load
of the goon who mistook some bit of blitz
for a man, for his life, for life.

Jennifer L. Knox is the author of four books of poems. Her work has appeared four times in The Best American Poetry series as well as in The New York Times, The New Yorker, and American Poetry Review. The Los Angeles Book Review said of her most recent book, Days of Shame & Failure, “This panopoly of twenty-first century American human experience leaves the reader a different person.” She teaches at Iowa State University and is currently at work on a culinary memoir.

My first love consumed me / fast, the way an oyster / which slides unbroken past the teeth / is pressed apart by the tongue. / She was the first women my mouth / knew and from the very first, / in that dirty pink-tile bathroom, / I understood how it felt / to want something until my lips / went raw.

END_OF_DOCUMENT_TOKEN_TO_BE_REPLACED

Once, I gave my mother a memoir, I Just Lately / Started Buying Wings. There was a mother in it / like my mother’s mother: cold then slightly warmer / as my mother grew, as her tennis shoes climbed / closer to gas pedal and brake