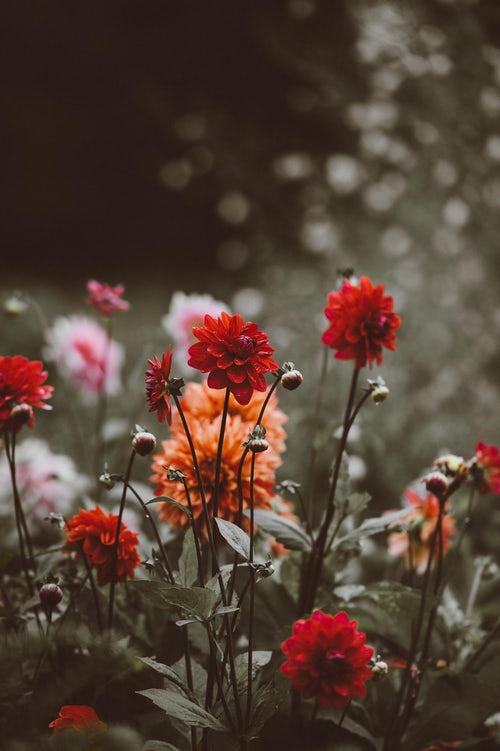 A nearby tennis court, / half-moons in the green-mesh net, smiles of Cheshire cats / as the wind blows through their teeth, each mouth an upturned / bowl.

A Theory of Individual Palettes

“What is widely seen is not always well seen.”
–Jasper Johns

All these bare patches in the lawn. A pox and mange.
The work of worms or is it aliens, their script
more like dead leaves, bits of brick, the frayed black edges

of a cigarette smoked by an art student late
at night in her despair. A nearby tennis court,
half-moons in the green-mesh net, smiles of Cheshire cats

as the wind blows through their teeth, each mouth an upturned
bowl. This is what it holds: still life of bird and pear,
frog before it disrupts the pond, the painter caught

on film before she knows she is a painter. She
who tries to crane her neck to see her face, aghast
the world cannot be rendered just the way it seems.

Here, in this garden,
too much of this and that.

From each tree and bush
a tangled

history of invasion
no set of loppers

could ever repair.
The limbs

amputated
in all the wrong places.

There was no other way
to save it.

made me take the first bite.

Daniel Bourne’s books of poetry include The Household Gods, Where No One Spoke the Language, and a collection of translations of Polish political poet Tomasz Jastrun, On the Crossroads of Asia and Europe.   He teaches in English and Environmental Studies at The College of Wooster in NE Ohio, where he edits Artful Dodge.  His poems have appeared in American Poetry Review, Ploughshares, Guernica, Field, Salmagundi, Prairie Schooner and Plume, and are forthcoming in Yale Poetry Review, Tar River Poetry, Lake Effect, Valparaiso Poetry Review, Canary, and Weber: The Contemporary West. Since 1980 he has lived in Poland off and on, including from July 2013 till January 2014 for some collaborative projects with Polish poets and visual artists involving the environment as well as back in 1985-87 on a Fulbright fellowship for the translation of younger Polish poets. Visit his web-site at https://danielbourneblog.wordpress.com/

Upon Discovering a Decaying Whale Carcass on the Beach in December

After the harpoon has twisted itself into my back and has been pulled free, I begin to decay. My lungs no longer full with air, but with the remnants of saltwater and sand and chum.