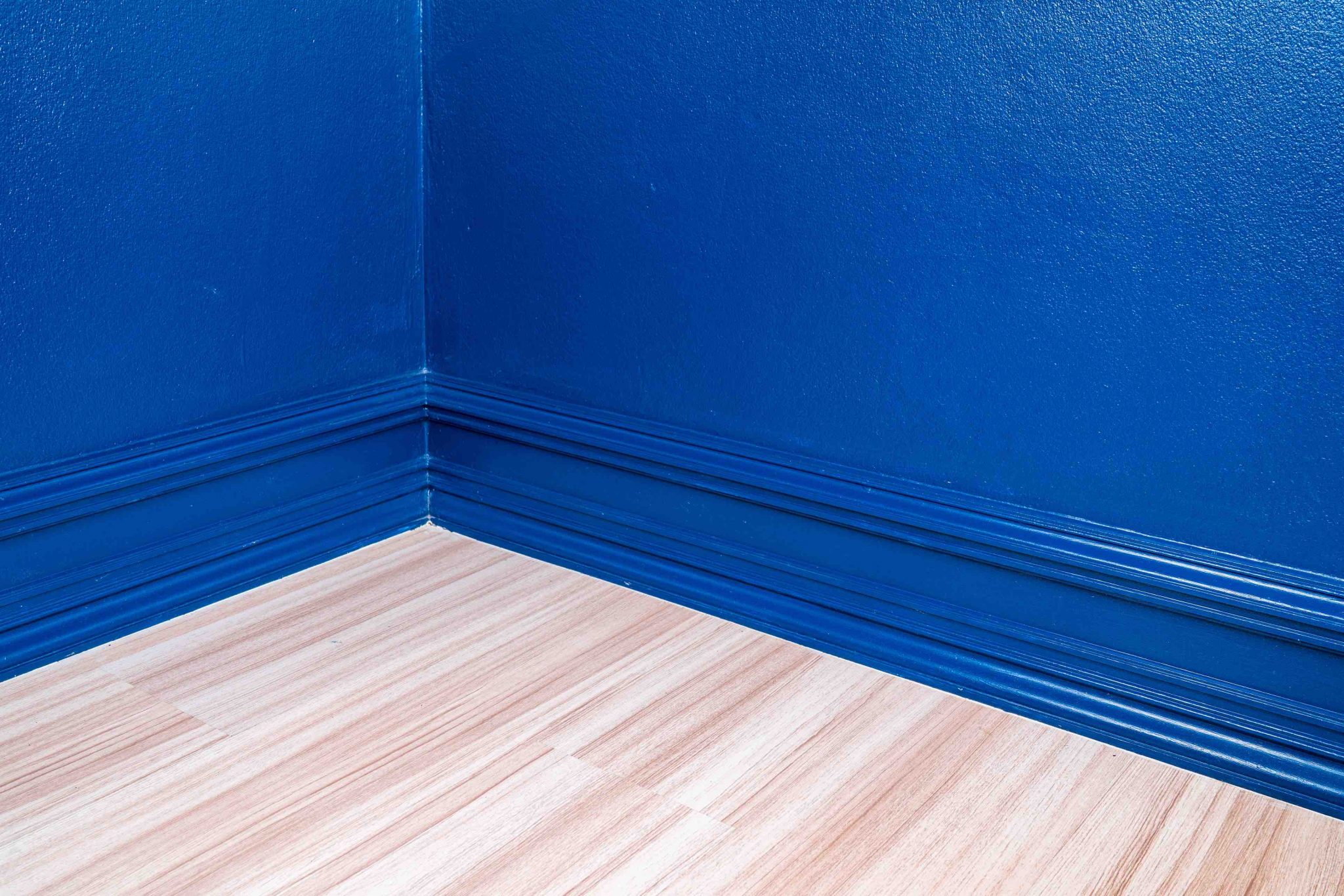 Another winding down, December. Thus attempting to name more trees, a field guide and close study of bark and berry and leaf. But it isn’t snagging the brain, too much folly. Still too jumpy to stop and seriously consider the rain, only the sound—ticking and tapping—only the gray brushstrokes of mist, touching over here this hillside, over there the crumbling stone silo…my son squinted doubtfully into a sideways squall and I said, “Don’t worry. Deer don’t get wet. Only hunters do.”

Eastern redbud leaves resemble giant hearts; winged maple seeds as tiny helicopters; the deer eat the persimmon fruit so I don’t see many. Only when I nick the stomach during field dressing, something I naturally never do (along with slicing open my knuckles)…So I know blood, but very little of trees. Another project gone awry. Buddhist kōans or ceiling fans. A reshuffling of the paper avalanches of my office. Fewer beers and blocks of pepper jack cheese. This fidelity or that one, this denial, etcetera. Going to run barefoot since that’s the way when only cavemen…now my right heel swells purple melon. Apologies, but shoes. And nachos. And I’m going to visit a website—inappropriate. But then possibly memorize a Frost poem, one of the darker, cosmic ones never found on kitchen calendars. Back to running again. And running. And running…only one half of one half percent has tried a marathon, so yippee for me. All this staggering: my finisher’s medals hanging by the fuse box where inside I keep a cheap cigar and a half pint of wonderful Smirnoff…yin and yang, a funny notion when nothing holds actual shape. No squares or tidy circles. It’s fine though, it is. Or as you said, “Even on walks, I follow the dog.” And I still do own mirrors. Hair ties for this unruly hair. When did everything suddenly go metaphorical? The first cut shadow. The flickering flame. Next year I am going to read more of the Zen poets. And eat more garlic, work, cook dinner, clean the kitchen, additional poetry, a bedtime story, buy a scented candle, drink something green…This December I’m really feeling fine, with only the hawthorn thicket waiting for me in the dark—weeks ago my son and I by flashlight trailed his first archery deer, a gut-shot button buck, for three miles through the thorniest, inkiest black swamp, sinkholes slurping, boots wet with rotting bog, blood petering out, then appearing in splatters, petering out, a thin trickle…then nothing, nothing…studying by weak light a single red dot on a fallen leaf…I bent over huffing and sweating, gasping to my son, “We’re going. To find. This deer.” While thinking hard in my soul: There is no. Possible way. We are finding this deer. But we did.

Stupefying—this parading of the Chicago Cubs. This Election Day. This Super Moon, big-ass angry, orange eye, as I stand in the mist of the Mississinewa and name each wakening bird…nuthatch, yes, downy woodpecker, then a crow and some call I cannot identify. Another. Then mockingbird. Then the shadow of a hawk cut sudden and low and it perches on a limb and the forest goes silent…No tallying cry for Yesenin, only blood. Or as you said, “Politically, I’m clumsy and full of rages…” Meaning Dostoevsky said it all better anyway, on a good day, Dalva; you held tight with common sense and Kierkegaard—Join someone else’s cause? Cue the muck boots and the muddy laughter. A person first has to needle out their own trembling salvation…I cast one with all the poets, my rose petal into the Grand Canyon, my ballot into the yellow sea of Indiana corn…time passes like a fistful of sticky spare change I’ve gobbled from the cup holder; time oozes through my gut…They are marching now at the White House gates; marching in California, tear-gassed in Oregon; a few miles from this apartment they are marching, in Indianapolis, crying out that love trumps hate…My dogs stand shaking in history. On the balcony and barking at crows and passing cars and emphysemic city buses and college students walking by, nodding off into their phones. And that cloud looks like a mushroom and that one, too…The dogs bark at the thick clouds, saying what they always say: “Why? Am I barking? From a balcony?” My mother calls to inform we wear safety pins on our shirts now to show others they are safe, but I’m going to pass. My breath is shallow and my temples pound. Enough of symbolic logic. No more flapping tongues or talismans. Marble statues or white, stone crosses, etcetera. Only Miller time, I suppose. Or at least to pet the dogs until my hands fall off. Time for cold showers. To grapple in rumpled beds. Choke down the pillow. Swallow the sweat. Snort something. Time for a longer marathon, some agony, its actual truth…The Veteran’s Marathon of Madness. The Marathon of Rope. Of Jobs and Jawbones. Of Spleen. The Death Valley Trail and Troll Marathon of Hacked Knees. Of Wicked Itches. Of Wading Through Expressions. Of Darker Rooms. Burnt Paper Peeling. Scuff, Scuff…The Indoor Marathon of Flying Pig Shit. The Eyes Swollen Shut and Bruised Blue 26.2. The Boo. The Boot. The Jackboot. Shush. The Yearly Marathon of Fuck You! Well, Fuck You, Too—Second Annual…enough! Have I had enough? Have you had enough? Is this enough? But wait.

This week’s bomb? Hidden along the route of a charity 5k in New Jersey and made of flip phones and Christmas lights. Another blink of evil. But the local brewery has a new pineapple IPA and Duras helped again. Especially when she mentioned the clouds and their silent indifference to the place of our agony. And also there is no actual consolation for sobriety, but moving on…In other news a woman named Marie Kondo earns millions by selling a book titled, The Life Changing Magic of Cleaning Up. Wherein we pick out everything we own, look closely, and ask, “Does this bring me joy?” If not, toss it out…This morning was nothing particular, except on whim I kicked at my daughter’s pink beanbag. Missed. And broke my toe. Purple and pulsing a fit. Some angry eggplant, a variety of your ordinary gout, another anaphylactic attack of the self. So abracadabra, green chair. And also the dog, pissing on my side of the bed…Abracadabra, my side of the bed. The other side. Cold pillow. Dawn in Indiana. Tap water and Advil. Floor and rumpled blanket. Kitchen drawer and letter from the IRS. Checkbook and check. Contemplating a hoarded growler of ogre stout, a crumpled, secret note stuffed into a hunting boot. My mental house, physical house—the very nature of the body. Look, my toe is white and waxy and dead! I’m relying upon the usual homemade treatment: ignore. My toe is my lever to the gods I sense passing in the sweat or rivulets of breeze, my daily sloggings through the beaten paths…O coffee button. O frozen waffle. O Holding to my nose a pink, soft, cotton sock. An email. Another email. An empty bottle of indifferent merlot. Running shoes. Pop-Tarts. A crayon drawing. Shin pads. A box of Band-Aids. A toothbrush. Today’s dank breath, some callous words lodged in the head, the lingering odor of truth at the bottom of every shouted lie…I slammed the door drunkenly last night. Or maybe it was thunder, I hope for thunder, then a long, warm rain to fade it off…in the sunlight and holding tight my daughter. And those three days with my son in Missouri, chewing venison jerky while sitting on a smooth stone beside the horse pasture, as the dove dip and twirl by the clouds, the red fox slinking the switchgrass along the drainage ditch, rattle of shells in the pocket, odor of gun oil, shrieks of killdeer and jays, the noble kingfisher on the powerline, studying the ripples of the minnows…while the four horses, rowdy teenagers—three chestnut and one a crazy white paint-bucket splash of pinto—snort and whinny, gallop the pasture in various orbits, clearly so far from grabbing up a life, weighing its entirety in hand. Staring hard at the garbage can.

Sean Lovelace lives in Indiana, where he teaches in the creative writing program at Ball State University. He often writes about cheese or processed cheese products (including a chapbook about Velveeta). He also wrote Fog Gorgeous Stag (Publishing Genius Press). He has won several national literary awards, including the Rose Metal Short Short Prize and the Crazyhorse Prize for Fiction. He likes to run, far.