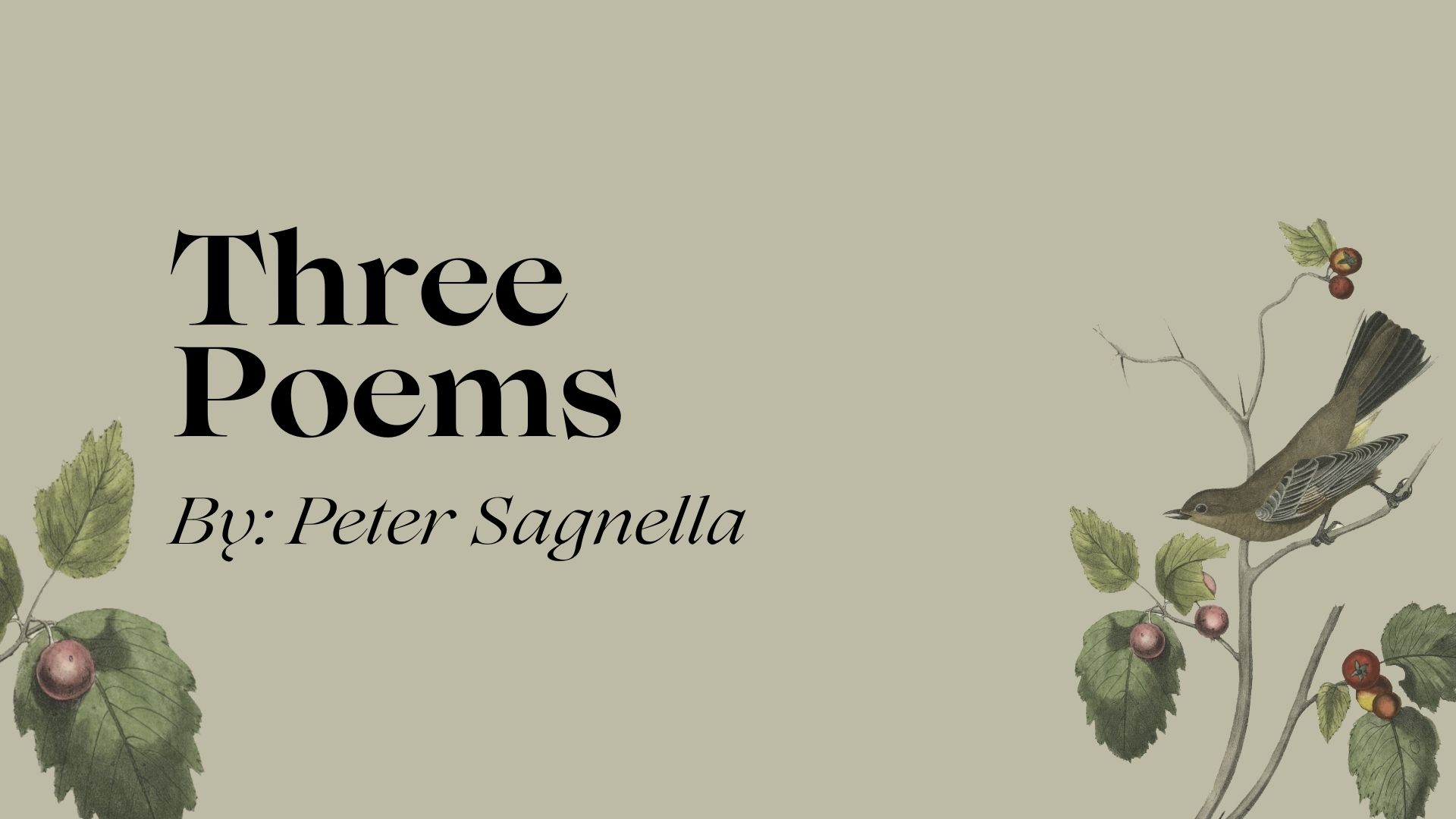 Ilulissat, the narrator says. Mother of all glaciers.
I want to stop the film, tell you

to look, see—but you are in bed with our
firstborn, nursing. The night before

you delivered we tried to watch another film, but
halfway through your water broke,

streamed down your thigh, pooled like a moulin
on black and white laminate tile.

You laughed in semi-darkness until tears
breached the shores of your eyelids.

I did not know then whether they were tears
of joy, or fear.

Tonight the house
is still, a lake at dusk. Our bedroom wall, like a dike,

separates us. The television flashes snowflake blue
and I listen when the narrator continues.

Ilulissat, it is believed, birthed the iceberg that sank
the Titanic. It has calved more in nine years

than it has in one hundred. Chunks of ice bigger
than a building slip. Meltwater gushes

in a long canal. I imagine you on the other side—
skin to skin, our son’s warm cheek in the valley

of your nape. Later, you will wake and nurse again.
Half-asleep, dazed, I will try to deliver

what I know is coming. But words, like air under ice
or a child breeched, will not release.

We stand in one row at the stubby edge
of marsh and field, as if testifying
before a congregation. The sky into which

we gaze is an altar—clear, cobalt, cold—
and we try not to face the north wind
that sweeps the greening hills. I wait

for last light to vanish, clutch the binoculars
hanging from my neck like a cross, remember—
the evening mass at our neighborhood church,

the priest, in an inversion of power, kneeling
to wash the feet of stonemasons, carpenters,
plumbers. I try to recall the theme of the prayer

in Gethsemane—deliverance, resignation—
but our guide begins to talk. He says his bill
is long, adapted perfectly to this nesting place

and the diet of worms it provides. He says
his earthy plumage, too, camouflages
deftly in marsh like this. Wind dies.

Silence hovers. We can do nothing but wait,
so I glance for some direction to our guide
but, teeth gritted, face paling, he too seems displaced.

Then his eyes leave the purpling horizon
and his flashlight cuts the edge of the field.
A tuft of rye becomes a halo. In this light

a small head twitches, a black eye beads.
We hear a nasally buzz, a communion call,
our guide prophesy, “Here he goes.” Wings

flutter, his body lifts, becomes a rising blur
in the dark. Again and again he spirals the edge
of his territory and we, stuck on it, eyes nailed

to sky, again and again wait for the ascension.

Day after day, the winter before he died,
he sat in front of a fieldstone hearth.

None of what he burned he split. They were gifts
from the neighbor: burled, gnarled, cankerous

chunks that fell long ago when the lot
next door was field. Aspen, Red Maple,

even Russian Olive. Sometimes, before the sun
sank below the ridge or the cold yellowed

the ends of his fingers, he hobbled down
the drive, the day’s exercise. Bent for the paper,

would slice him down, knowing his spine
was rotting already from the inside.

Peter Sagnella lives and teaches in North Haven, Connecticut, where he has taught Composition, Poetry, and Environmental Literature for twenty years. His work has appeared in many journals, most recently Kestrel, Cold Mountain Review, Cathexis, Wild Roof, and Cagibi. He won Noctua’s non-fiction contest in 2008, was a Pushcart nominee in 2015, and selected Edwin Way Teale Writer-in-Residence at Trail Wood in 2017.