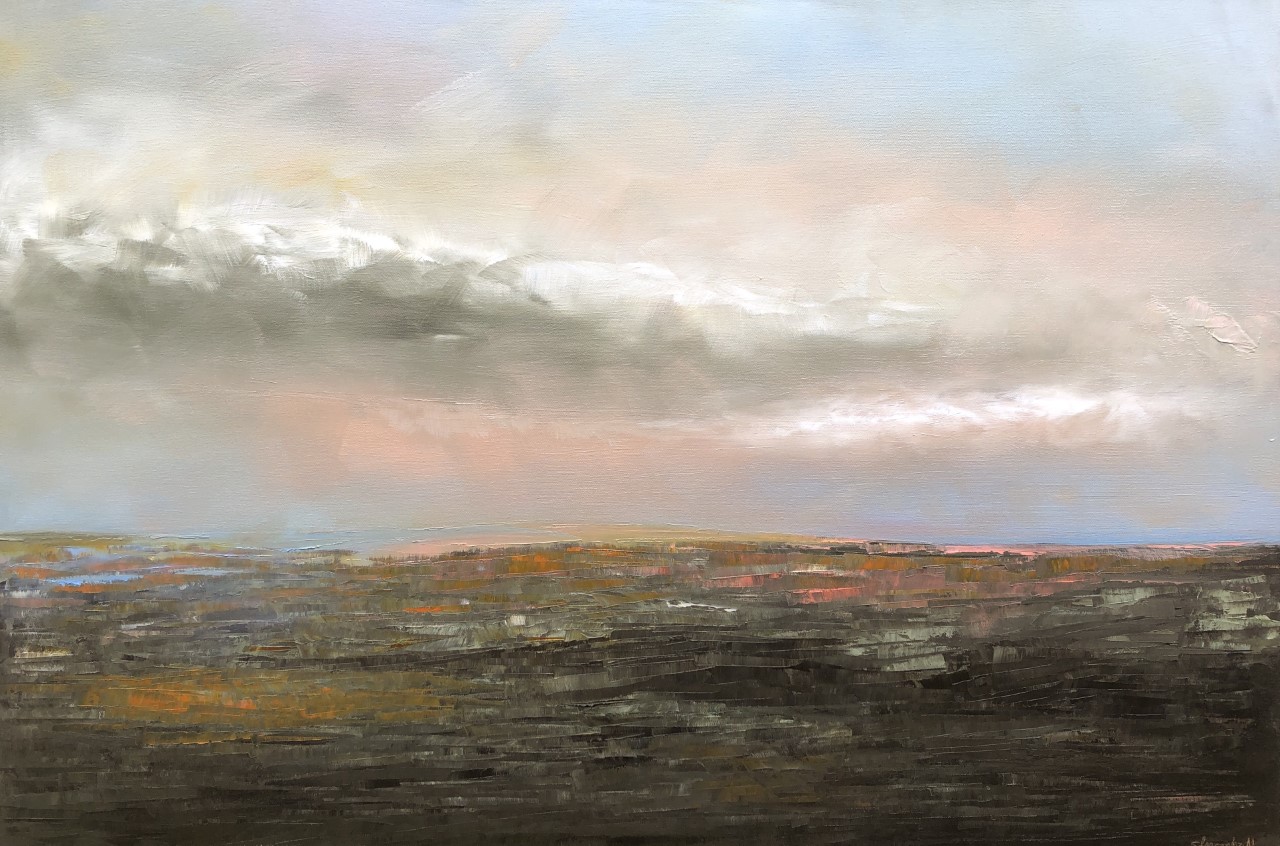 In the lowlands of Virginia, an ecologist says, /If you remove humans from the picture, the coast is preparing itself.

At the bald of Apple Orchard Mountain, red oaks
gnarled from winds; winter grasses; riven rocks fallen,
but these didn’t fall from anywhere, my mother says,
it’s just the skeleton of the mountain
collapsing on itself. The mist of the bent
valleys collects—water in the air, rivers hard to see
for all the hill shroud. Nothing is clean, nothing low.

The man said, I had a ghost to haunt me once.

I went down the next morning
a little before day, and she
went down stairs. It sounded like someone rolling marbles
down the stairs. When he moved house he was sure
his feet crossed creek.
Little splashed at the toe.
She couldn’t come across a stream of water                no bother

When the salt melts, it will rain soon.
I think of moving home by earth, not air. West to east
the land crumples, smoothes, then rises
tender bread. The rivers get familiar.
The rivers’ sopped talk. When corn twists, rain is coming.

From my grandfather’s abandoned home I can see the James:
in summer through easy leaves. In winter cut. Always rust
brushed at its banks. When distant noises are heard plainly
in the morning, there is rain before night. Can a ghost cross
the water when it’s spread all through the air


————
Note: The italicized text in section 2 and the rain signs in section 3 of this poem come from Patrick W. Gainer’s Witches, Ghosts and Signs: Folklore of the Southern Appalachians (1975).

The Mid-Atlantic shoreline is chewed and spit
out again by corrosive waves: loblolly pines

drowned to ghost since they started keeping track.
Within sixty years, one scientist guesses,

the Goodwin Islands’ forest will be underwater. If you see
not marsh but dead trees, another says, you’re a pessimist.

I left the stands of salt-bleached and -broken trees,
Carolina bays and marshes by interstate 95,

their standing water woven over
by kudzu, creeper, and mosquito, under

with stumps and roots roughly diagonal, as if bitten.
They press broken limbs through the warp.

Out northwest, ghost forests are made by abrupt subduction
or tsunami: grove of redcedars along the Copalis River,

weakest then. In the lowlands of Virginia, an ecologist says,
If you remove humans from the picture, the coast is preparing itself.


Emma Aylor’s poems have appeared or are forthcoming in Pleiades, Poet Lore, Sixth Finch, Barrow Street, Sugar House Review, and elsewhere. She holds an MFA in poetry from the University of Washington. Raised in Bedford County, Virginia, she currently lives in Seattle. Connect with her @emmaylor (Instagram and Twitter) and @emma.aylor (Facebook).

The Girls Shop at Hot Topic