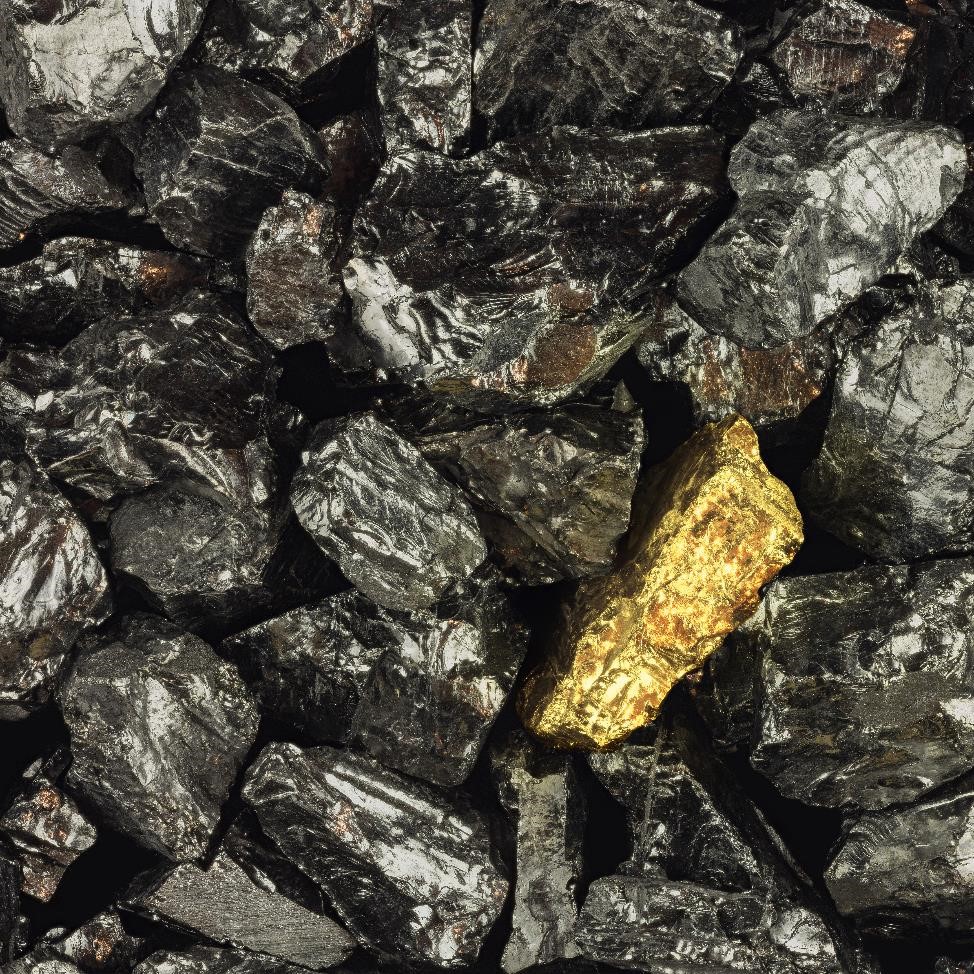 It doesn’t feel like heavy metal, in part because it’s so sunny. “What we grew up listening to wasn’t blues,” said Gunnar. “It’s pretty easy to make a rock song sound tough when your DNA is the blues. But when your DNA is folk, it’s harder.”

Begin in black and white, two brothers fooling around with guitars in a plain room. One’s distracted, daydreaming about the girl on the magazine cover. Okay. This one’s for her. And we fade into Technicolor, a bigger room with furnishings lavish and eccentric. Persian rug on the floor, silks in pink and orange and poppy red draped from the ceiling. Here she comes. Mmm, just like an angel.

The camera pans up through grasses, seedheads, wisps of smoke. Two singers, three guitarists, a drummer, and a white grand piano that nobody plays. You work ten years to get your big break and it all comes down to a bored teenager holding the remote control. You’ve got a split second to catch her eye.

Let’s talk about the clothes for a second. Specifically, 1:32. One brother wears a denim jacket in a pale wash with striped lapels, and blue jeans, also very pale, and very tight. So tight. These jeans are a legitimate avenue of inquiry. Back then Levi’s manufactured their jeans in Southern textile mills, which matters, because the acrobatics demanded by this shoot will require durable denim. Over these impressive jeans, he wears crimson above-the-knee boots in suede, or maybe velvet.—Wait! I think those are spats! A woman twirls past in a bikini, yellow on her front and pink behind. Move it, bikini lady! I need to see if those are spats.

He looks great. I can’t lie. They both do. The denim jacket the other brother wears is a deeper indigo, and the top button of his white shirt is undone. His jeans—pale but not as pale as his brother’s, and tight, but ditto not as tight—are ripped at the knees, and the fringe of their rip echoes the fringe on his jacket. His pointy-toe boots are black. How can you smile while singing?

The year is 1990. Nelson Mandela, released from prison, goes on a tour of the United States, to great acclaim. Germany reunifies. Jim Henson and Sammy Davis, Jr., die on the same day. The first Gulf War begins, the number of librarians in the United States peaks, the Chunnel is completed, and on June 26, when the mercury in Phoenix hits 122 degrees, Nelson releases their first album, After the Rain.

This video, for “(Can’t Live Without Your) Love and Affection,” is the first video the brothers have ever made, and their label hires a bigtime director to shoot. There’s a lot to see. Two staircases that lead nowhere, a TV screen showing a giant blue eyeball, shafts of light sluicing down from spot bulbs overhead. It is a bright bubble of a scene, “Alice in Wonderland,” said Gunnar on the phone recently when we (thrillingly!) discussed this. Nine big speakers at least. Footage sped up and slowed down to emphasize the joy and ridiculousness of all our movements. This is the world, the video says, and the plants are artificial and the girl lip synchs and the wind blowing their fabulous white-gold hair comes from a fan offstage, but the joy is real. Oh yeah. Filmed in a windowless hangar, so the heat and smog outside, the crushed paper cup from Burger King skipping along in the gritty exhaust thrown out by the city bus with a page of classified ads clinging to its mesh intake, none of that can intrude on this world. Which makes this a perfect teenage song, a hermetic daydream where the atmosphere is lust of a kind that admits no actual bodied life. At the end of the video, snow falls upward, and linked halos of light float over the brothers.

And it works. Their playing to the camera, their hijinks on the Stairs to Nowhere. Said Gunnar, “It snapped, it popped, it floated from the radio for a reason.” This song, their debut single, hits #1, and After the Rain goes double platinum, which means it sells two million copies. To put that into perspective, in 1990 two million people lived in Detroit and Dallas put together. A copy of this album for every man, woman, and child in those towns. Two million copies, friends. One of those copies belonged to me.

Back then I was a freshman at Wren High School in Piedmont, South Carolina. I babysat for pocket money, $1.50 per hour per kid, work I did not enjoy. I played French horn in the school band. I went to prom with Steve, who I’m pretty sure was gay, but this didn’t dawn on me until years later. In English class, we read a one-page synopsis of The Scarlet Letter. In French class, the boys annoyed Dr. Chivers by poking a hole in Mont Blanc on his big rubberized topo map of France. Wrote Bruce Britt in the LA Daily News in 1991, “The duo’s hummable first single, ‘(Can’t Live Without Your) Love and Affection’ is so potently romantic it brings dormant prom-night memories rushing back.”

It doesn’t feel like heavy metal, in part because it’s so sunny. “What we grew up listening to wasn’t blues,” said Gunnar. “It’s pretty easy to make a rock song sound tough when your DNA is the blues. But when your DNA is folk, it’s harder.” How do we trawl the ocean floor to remember who we used to be? After the Rain was one of the first albums I chose for myself; I got it through the Columbia Record Club, where you could get twelve tapes for the price of one.

Gunnar and Matthew Nelson are the twin sons of Kristin Harmon and Rick Nelson. Growing up, thanks to my mom, I knew Rick Nelson’s Greatest Hits by heart. “Travelin’ Man,” “Hello Mary Lou,” “Poor Little Fool,” “It’s Late,” “You Are the Only One.” Speaking their names puts me back in my parents’ car, driving home from town on a summer night, but since we had this album in vinyl we couldn’t have listened to it there. I must have had the songs running a loop through my head. Well, they were catchy.

And of all Rick Nelson’s songs, “Garden Party” is my favorite. Released when he was 32 years old, in some ways it’s a commentary on his childhood fame as the younger son on The Adventures of Ozzie and Harriet with his parents, Ozzie and Harriet Nelson, as well as his stint as a teen idol, a term originally coined to describe him. The intensity of his fans’ adulation might be best illustrated by this quote from a May 1960 interview: “Perhaps the most embarrassing moment in my career was when six girls tried to fling themselves under my car, and shouted to me to run over them,” Rick Nelson said. “That sort of thing can be very frightening!”

“Garden Party” marked an artistic shift for Rick, and I asked Gunnar about it. “He’d always wanted to play at Madison Square Garden,” he said. It seemed his dream had come true when a promoter contacted him about doing a show there, but the audience had more of a throwback in mind. “So he gets there and it’s 22,000 poodle skirts and saddle shoes. He could feel the unease building,” Gunnar said. “When you’re on TV it tends to burn you into people’s minds at a certain time.” Those TV characters, he said, “gave you comfort. You could rely on that. But he’s doing his own thing.”

Together, over the phone in my office, we repeat the lines:

I said hello to “Mary Lou,” she belongs to me

When I sang a song about a honky tonk, it was time to leave.

Which is about Rick singing a cover of the Stones’ “Honky Tonk Women” and the audience booing him off the stage, a significant distance from fans begging you to run over them with your car. That gets me thinking about artistic reinvention, about the clash between creation and commerce. We won’t allow famous people to age; it’s something we can’t forgive. We say, rock or country, which is it, stay in your lane. We sing along. We say, I had your poster on my wall. We ink your doodles on our forearms, our shoulders, as once we drew them on the cardboard covers of our notebooks during Algebra II.

We think we know you. We think you owe us something. On New Year’s Eve in 1985, Rick Nelson’s plane crashed in a cow pasture northeast of Dallas, killing him. The twins were 18 years old. He was 45. I remember how stunned we were when we heard the news, and even now, all these years later, it grieves me to write the words.

ONE THING THAT I KNOW FOR SURE

It is 1990. As Nelson and Winnie Mandela wave to the crowd in Boston, in DC, in New York. The day the song hits number one, the twins turn 22, having endured family-shattering tragedy, and despite that writing this glad, yearning song. There is grief and pain in life, and sometimes too there is relief. Said Gunnar, “When I have done my best as an artist, it’s been living that philosophy—‘you can’t please everyone, so you got to please yourself.’” Said Gunnar, “’Love and Affection’ would not have existed if ‘Garden Party’ had not come first.”

And under the mucky seabed, under the heavy water, the great earthmovers slowly approach each other. And Checkpoint Charlie becomes a museum I will visit in 1998, and where in the gift shop you can buy pens that write with disappearing ink. The twirling bikini girl’s name is Judie Aronson, and on her Twitter bio she describes herself as “One of the lucky ones.”

When my husband and I made a deed change on our house not long ago, the contract read “five dollars, plus love and affection.” “Love us or hate us, you’re gonna know who we are,” Gunnar said. “We didn’t want to be Bon Jovi. We didn’t want to be Skid Row. We didn’t want to be Warrant. We wanted to be us.” Begins one translation of the Odyssey, “Tell me, O Muse, of the man of many devices, who wandered full many ways after he had sacked the sacred citadel.” “What is creation, anyway?” writes novelist Miguel de Unamuno. “Go as far as you possibly can,” Gunnar told me on the phone. “Dare to go there. Dare to be stupid. It is fucking liberating.”

Formerly a park ranger, factory worker, and seller of cemetery plots, Joni Tevis is the author of two books of essays, The Wet Collection: A Field Guide to Iridescence and Memory, and The World Is On Fire: Scrap, Treasure, and Songs of Apocalypse, both published by Milkweed Editions. Her essays have appeared in Orion, Oxford American, Poets & Writers, the Pushcart Prize anthology, and elsewhere. She serves as the Bennette E. Geer Associate Professor of English at Furman University in Greenville, South Carolina.